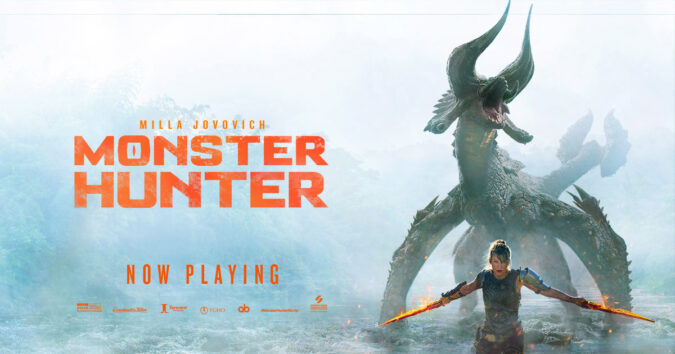 2020 was a wild year for theatrical releases that is going to take quite some time to fully recover from. One the one hand, the lack of theatrical releases last year means that all those delayed films will be delayed even further when it comes to their release on Blu-ray and DVD, which left 2020 a far different year than we expected… However, with theaters closed, many films decided to go directly to video on demand platforms. Under the circumstances, this is great, as it gives people access to the same movies in the comfort of their own homes.

Exactly what the future has in store for home releases in 2021 is anybody’s guess right now. But we’ll keep things updated here with the news on the newest releases as they are announced.

February 2021 almost, almost, feels like the movie industry hasn’t been at a near standstill for the better part of a year. While there certainly aren’t as many major Blu-ray releases coming in February as might have expected 12 months ago, nearly every week of the month has something worthy of note, movies with major names that either actually were released in theaters, or at the very least would have been under normal circumstances.

The beginning of the month gives us Let Him Go, a drama with Kevin Costner and Diane Lane that is getting solid reviews, and Wild Mountain Thyme, a movie that’s not nearly as well reviewed, but has such a bizarre twist in it that it might be worth checking out anyway. There’s also the body swap horror movie Freaky and the better than it has any right to be disaster movie Greenland. The new “Milla Jovovich is in a movie based on a video game” film, Monster Hunter will also be available to view digitally in February ahead of its physical release next month.

If nothing else, the fact that some of these films didn’t even have a theatrical release is making the physical release of the film happen incredibly quickly. One has to wonder if that process will continue even once theaters are back to normal. Here’s everything slated to debut in February.

DumboFab Blu-ray Ripper will help you rip any new released Blu-rays and DVDs.

Step 1: Download the Blu-ray ripper on your computer (Windows 10 and macOS Big Sur both supported). Run the software and insert your Blu-ray or DVD into the disc drive.
Step 2: Click the Disc button to load the new movie. It will automatically detect the movie info and find the correct title.
Step 3: Then a window will pop up asking you to select an output format. If you simply need to rip the latest Blu-ray, DVD movies for easier playback for kids, you may rip Blu-ray, DVD to MP4. You can also copy DVD 1:1 to ISO image, MPEG, Video_TS folder, other video formats and popular devices.
Step 4: Click Run to start the rip. It takes only minutes to convert a full DVD or Blu-ray movie.