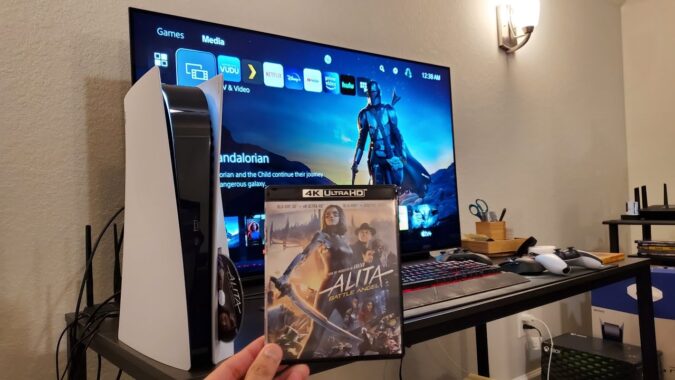 Can the PS5 play Blu-Ray from any region?

You may have the question if PS5 can play Blu-rays. In this article, we will talk about it and give you a quick answer.

The PS5 can play any physical copy of a game no matter where it’s from, but it’s region locked when it comes to movies. Region locks are designed to stop you from playing media from other territories on your device. According to Sony, the PS5 does have region locks in place for Blu-rays.

However, Ultra HD Blu-ray discs are region free, so can be played on your PS5. But if you’re picking up Blu-ray movies, you’ll want to check that you’re buying for your specific location.

Region C: Asia (except for Japan, Korea, Taiwan, and other areas of Southeast Asia)

Region Free: This is not an official setting, but discs that have the region FREE symbol should play on any machine.

Well, if you play standard Blu-rays on PS5 with region locked issues, please turn to DumboFab Blu-ray Ripper. With this Blu-ray ripping tool, you can remove region code from Blu-ray and DVD disc, via converting DVD/Blu-ray to MKV, MP4, MOV, M4V, MP3, FLAC,etc. By ripping Blu-ray to digital formats, we can also protect valuable Blu-ray discs from scratch or damage and play on PS5 or any other devices you want.

How to Convert Blu-ray to PS5 Format

Step 1: Insert a region A/B/C Blu-ray into your BD drive, launch DumboFab Blu-ray Ripper and click Load Disc button. Alternatively, you can input an ISO image or BDMV folder of a disc itself. After that, the main movie title will be checked automatically.

Step 2: Choose an output format according to your needs. It’s a good way to convert regional Blu-rays to MP4 for playback on PS5 or other mobile devices, laptops, TVs, etc.

Step 3: Click “Browse” button to change the Output Folder to an easy-to-find folder on your computer. Try to avoid saving it on Disk C.